Hamilton Wanderers will look to use their youth squads as platforms for success this season after the Auckland U17 tournament last weekend.

Despite not winning the tournament, coach Stephen Cox sees the result as a win for the club.

"It was an absolute success from my point of view, we outshone everything that I thought we could do," said Cox.

"They came together as a team, which was the most pleasing thing."

With the club winning the National Youth men's league and the success from the women's U17 side, Cox believes Wanderers is moving into a strong position as it develops new youth sides.

This year the club will feature a new Under 12/13 and Under 16 team to help build a pathway from juniors into the senior sides.

"This is the pathway we are dreaming about, and I think it is going to be realised sooner than later." 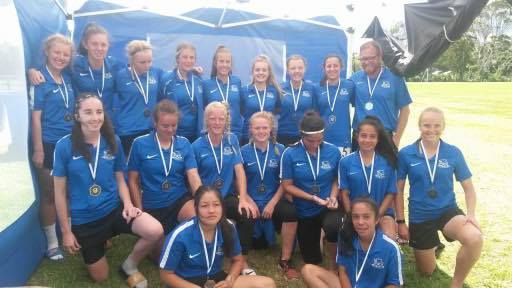 The girls' success was supported by a strong showing from the boys' team who managed to secure a top eight placing after a strong day one showing.

Under 17s captain Kyle Kirsten believes that it was the mentality of the teams and coaches that was the recipe for success.

"We went in there real positive, we had good coaches and good players and we just tried really hard to get the wins," said Kirsten.

Kirsten, 16, is reaching his eighth year with the club after representing Wanderers at a junior level from 2008.

He pinpointed coach Mark Cossey as the reason why he and many others have continued to represent the club.

"Cossey influenced us a lot to stay here, become better players and teach us new skills so I think looking to the future we will be a strong side."

Coach Cox echoes Kirsten's thoughts, saying the support staff are one of the main reasons why Wanderers continues to be Hamilton's premier team.

"The big part of the success is the support staff behind the scene, it is just a great environment."

The Wanderers mens' premier team start their LottoNRFL season this weekend with the women's opener in the coming weeks. 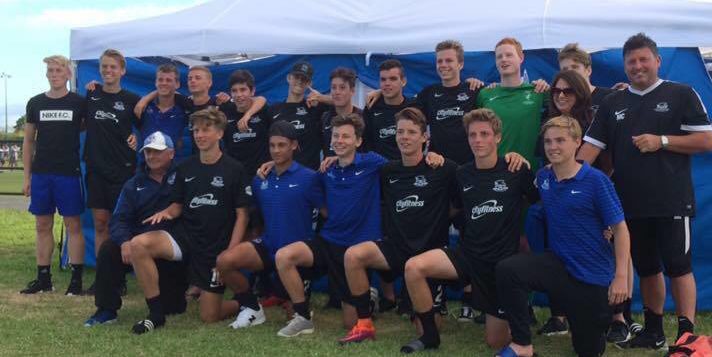 The U17 Boys' team are looking to build on their strong finish. Photo: Supplied

Originally posted in The Waikato Independent.