Former junior All White aiming to make up for lost time

Any footballer fears suffering injury, let alone two in the space of a year. Few would have questioned Michael Built for calling time on his playing days in 2016, after a second ACL injury.

Fast forward to today however, and Built is closing in on a return to the playing field, rounding off a remarkable period after coaching the Hamilton Wanderers youth team to its first National Title.

Built represented New Zealand at the U-17 World Cup in 2009 while also representing NZ at the U20 level.

A spell during 2011 with Northampton Town in England provided 18-year-old Built with an eye opener in terms of the differences of levels at a professional level.

"It definitely was an eye opener in terms of how much more intense and demanding professional football is, both physically and mentally and especially in England."

Built's playing career, however, was abruptly stopped when he suffered an ACL injury and required surgery in 2015 and then again, the same injury with another operation at the end of April 2016.

"It has been extremely difficult to sit on the side over the last two years. I went from playing every day to not playing at all and not even being able to do basic physical activities whilst in my initial stages of rehab. It definitely has been hard to keep positive mentally having had two ACL reconstructions in the space of eight months and have to go through the rehab process from scratch again."

Missing out on the Hamilton Wanderers' first ever National league season was not on the cards however, as Built was offered the opportunity to coach the club's youth team, winning the competition in their first year.

"We were fortunate enough to have a very talented squad of players and they all deserve 100% of the credit for their achievements over the season."

With the LottoNRFL 2017 season fast approaching, Built is targeting a return to the playing field during the latter stages of the season.

"Definitely taking a more cautious approach on my return this time but I hope I can play an influential role within the Wanderers first team at some point this winter."

Originally posted in The Waikato Independent. 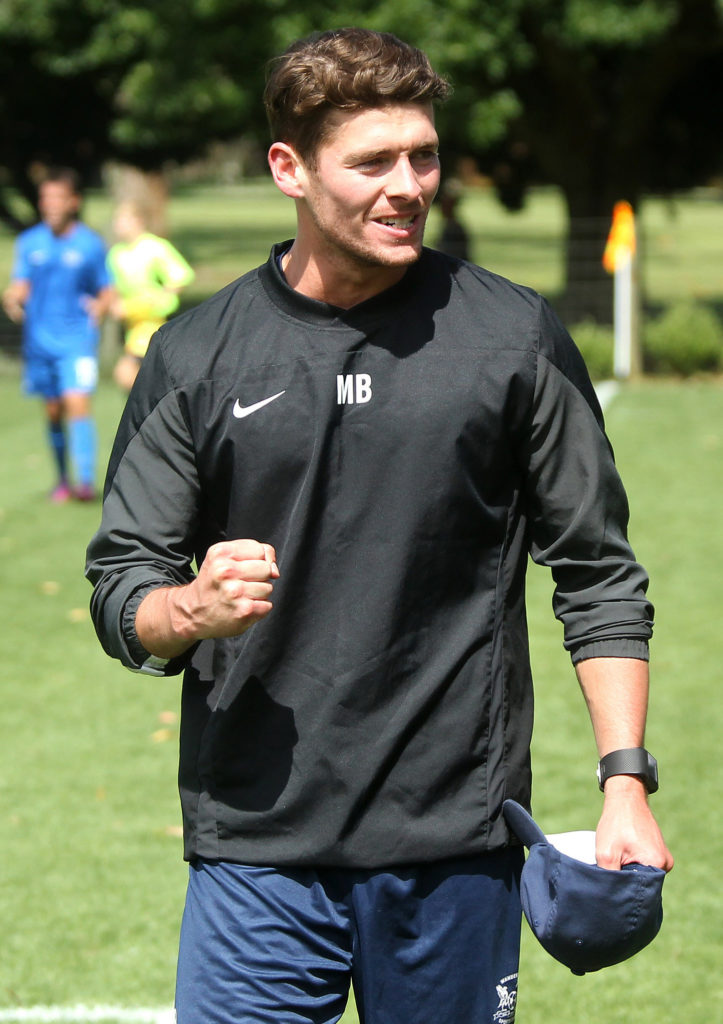 Michael Built is excited to get back to playing. (Photo: Grant Stantiall)