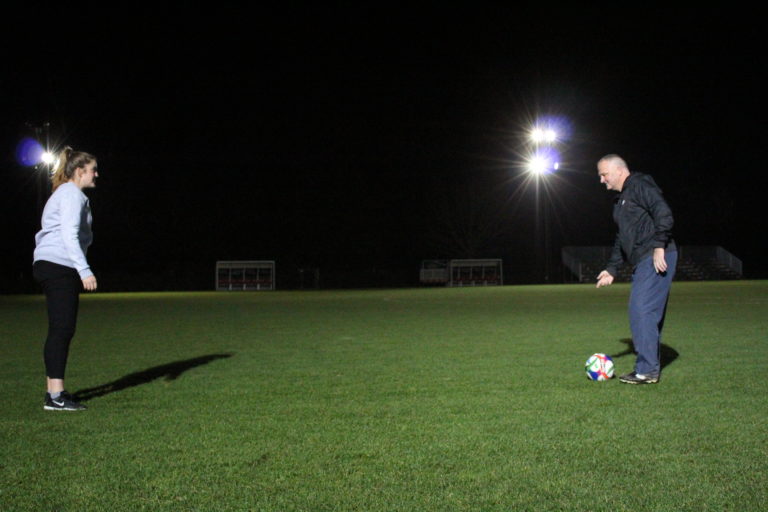 Father and daughter duo Phil and Kelsey Fletcher are more regular sights than the goalposts at Porritt Stadium.

In 1992 Phil took the field for the first time as a player for the Hamilton Wanderers, and he featured for various teams until 2010 when he suffered a knee injury.

Injury has not stopped Phil from continuing to serve the club, with his daughter Kelsey right there as well.

"I've always thought you have to give back to the club, the club doesn't owe you anything," Phil said.

"The club can't just run on players paying their subs, here at Wanderers you probably have five or six people who do everything, for the passion of the sport and they love the club. I'd probably bleed blue."

Kelsey, 15, has been beside him since his days as a player.

"[She came down] probably from the time she could walk, played football for a couple of years but pretty much tagged along. Where I went she went," Phil said.

Kelsey, 15, who manages her NCEA work along with other activities still puts countless hours into helping the club in various manners.

Both are seen hours before kick-off at Porritt Stadium, setting up the ground and making sure the venue is perfect for both the home side and visitors.

"It's been fun [with Dad], they are like our second family and it's our second home."

Long-time club member Kelly Warn praised the duo for the work they have put in over the years.

"I think it's immeasurable, clubs like this are built and run on very few people and I think without them we would be a shadow of a club," Warn said.

The duo will be turning their efforts to help new summer league coach Ricki Herbert in preparing Hamilton for the 2017/18 National League season.

Originally posted in The Waikato Independent 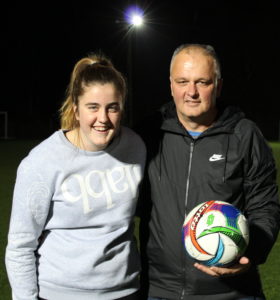